Hunting Tips for Beginners: Your Introduction to the Out of Doors 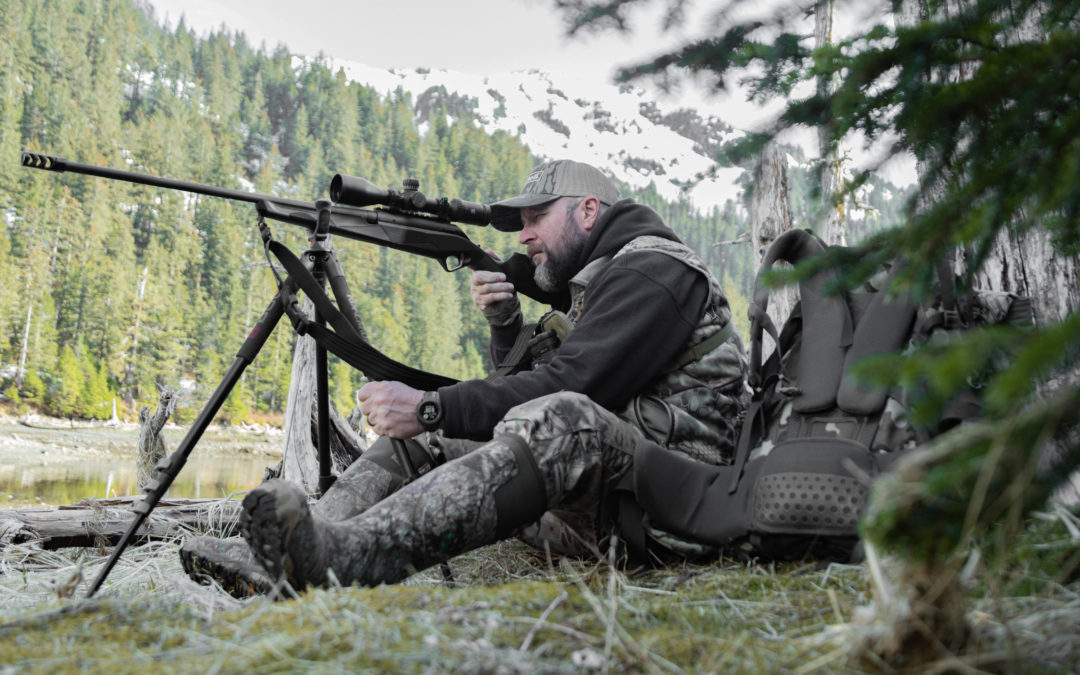 So. You’ve bought your first hunting firearm, become proficient with it, and selected ammunition with both acceptable accuracy and terminal characteristics. You’ve gone to your local sporting-goods store, picked out a camo pattern you think will fool all the big bucks, and are ready to hit the woods. Now what? Here are a few basic hunting tips for beginners to think about before you go chasing your first deer, or other game animal.

There is absolutely nothing worse than having to contend with a shiver on your shot, on top of the usual adrenaline-induced shuddering. Make sure you layer effectively. If you’re sitting in a treestand, the thicker the insulation and the heavier the garment the better. If you’re hiking around the backcountry, a larger number of thinner garments will be required, so you can shed layers when walking and put them back on when sitting still. Failing to do so will result in the sort of sweat that freezes quickly when your body temperature drops back down. I’ve always found merino wool makes an excellent layer to put right by the skin for its excellent combination of breathability and warmth.

Hunting from a treestand? Try to practice some shots at an aggressively downward angle before you have hair in the scope. Heading for the backcountry? Try shooting off tree limbs, shooting sticks, tripods and prone. You may be a great shot off the bench, but learning to shoot from real-world positions is another matter entirely. While you’re at it, make sure you study the vital areas of your target animal. Shot placement is, after all, the terminal point of your angle.

Very few shots will feel as good offhand as they do rested. No matter what sort of hunting you’re doing, bring something you can rest your rifle on. If the eastern deerwoods are your domain, with close-range shots being the norm, something like a simple shooting stick should suffice. For longer distances, learn how to brace off of a backpack while prone, and consider packing a tripod in case obstacles or shot-angle make a prone shot impossible. This brings us to our next tip, which is …

Make sure you bring some sort of backpack with you. It doesn’t need to be the most expensive, with the lightest frame or the comfiest padding; but whether in a treestand or on foot, you’ll want somewhere to quickly stow extra layers, snacks, and equipment.

Particularly if you’re headed out onto public land solo, make sure you tell someone where you’ve gone, and set a time to check in with them. Better yet, being that you’re a beginner, bring a mentor along with you (but we all know that’s not always an option).

Sure, you don’t need to become a wind-reading expert before you drop your first doe, but having some idea of how to adjust your shot in less-than-ideal conditions before you hit the woods will give you endlessly more confidence when it comes time to make the shot.

Learn about the basic signs made by your quarry.

While much of this will come with experience and time in the woods, you can certainly give yourself some good basics to start. What does a buck track look like versus a doe? What do different sorts of droppings look like? What is the difference between a scape and a rub? Answers to all these can be found easily online, and will give you signposts to scout for while you’re out and about. In addition to being beneficial to your hunt, this will also keep your mind active, and make the slower parts less boring. (Buck tracks are more squared at the ends, and doe tracks more rounded, if you were wondering).

Don’t take everything so seriously.

Is gun-safety of prime importance? Yes. Is ethical shot-placement, and acquitting yourself to the best of your ability absolutely crucial? Of course. But the rise of hunting social media has given everyone a slightly skewed idea of hunting these days. Mistakes happen. Misses happen. Not every shot is your finest hour. So don’t forget to have some fun out there. The less you’re worried about missing that big buck in your crosshairs, and the pictures you plan on posting of it later, the better the chance you’ll actually have some pictures to post. Hunting is a pastime that is enjoyable for its own sake–it’s not just the dogged pursuit of a trophy to show off to your friends. Treat it as such.

I was going to stop at eight, but I just thought of one other thing. Make sure you know how to clean your quarry (or are with someone who does) before it’s lying dead on the ground. The amount of stories I’ve heard of people who killed an animal, then had to call for help as they had no idea what to do with it, would astound you. For many reasons, but this one most primarily, I cannot recommend an Outdoor Solutions Field to Table event highly enough. They will show you what needs to be done on the animal long before you take to the field. As someone who learned in the dark one chilly November day as a teenager, take my word for it: you’d rather take a class.