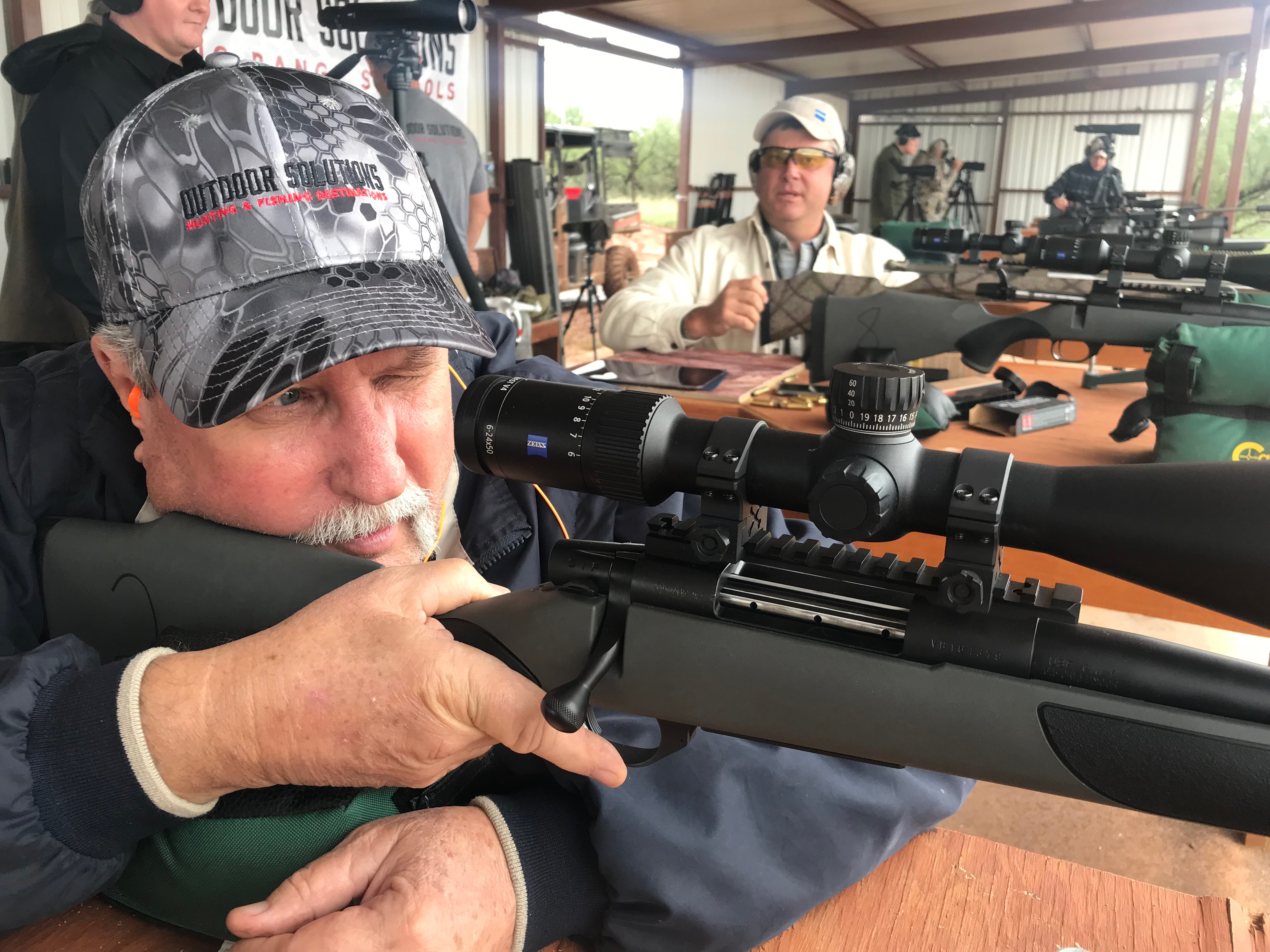 During long-range shooting, many external variables can affect a bullet’s flight path from barrel to target. Understanding these outside forces and compensating for them will greatly increase accuracy, even at extended ranges. Outdoor Solutions long range shooting schools looks at some of these variables and how each will affect shots at short or long distances.

Gravity has a profound effect on a bullet’s path. As soon as a bullet leaves the barrel, gravity pulls it toward the Earth. Gravity, combined with drag slowing the bullet, will cause the bullet to travel in a parabolic trajectory with the amount of flight time determining the rate of drop. Bullets that spend less time in the air are affected less by gravity. While this can sound complicated, gravity is constant and predictable so it is one of the easiest variables to account for when shooting, even while toggling between different distances.

The extent of the effect wind will have on a bullet will be determined by wind speed, wind direction and the ballistic coefficient of the bullet. Wind can be broken down into essentially four different types. A headwind blows from the target to the shooter with a tailwind blowing the opposite way. Crosswinds come from either the left or right and at many times will blow at an angle (oblique or quartering wind). Vertical wind will also need to be accounted for, especially when hunting in the mountains or hills.

When a bullet exits the barrel, it is immediately met with air resistance called drag. This will continually slow the bullet throughout its flight. Drag’s effect on a bullet is measured as its ballistic coefficient (BC) – a projectile’s ability to resist drag. In layman’s terms, the higher the BC, the more efficient the bullet flies through the air. And, bullets with a higher BC will fly further and with less wind drift, giving some forgiveness on estimating wind on long shots.

Although atmospheric conditions do not affect a bullet’s path as much as gravity and wind, these mitigating factors still need to be accounted for when shooting long distances. Air pressure, air temperature and, to a lesser extent, humidity will all affect a bullet’s airborne path. Whether due to elevation or weather patterns, increased air pressure results in denser air. If the air pressure rises, so does the air density. Dense air will slow a bullet more than thin air. This extends the flight time, which exaggerates the effects of variables.

Air temperature and air density have an inverse relationship. When the air temperature goes up, air density decreases. While lower air pressures will generally accompany elevation gains, air temperatures typically lower the higher you go in elevation. At times, these two factors will cancel each other. Air temperature also affects powder burn rates. Cool and warm powders will produce differing muzzle velocities, which will in turn change the point of impact downrange.

Bullets will fly more easily through humid air because it is less dense. These three conditions can be put together to produce a density altitude – a figure to input into a ballistics calculator.

All the above variables can be identified, measured and accounted for during a shot. If small groups still elude you, the problem is most likely shooter error. Many of these shooting “mistakes” are subtle and difficult for a shooter to recognize without the help of an instructor. An improperly-mounted optic, rifle cant, inconsistent trigger pull, inconsistent barrel resting, uneven shoulder press and inappropriate ammo are common mistakes that can easily throw shots wide of the target.

One way to mitigate these mistakes is to seek training from expert trainers. Outdoor Solutions’ long range shooting schools teach proper shooting techniques and how to identify and compensate for external variables. After a two-day class with Outdoor Solutions, shooters and hunters will fully understand these variables and leave with greatly improved skills, techniques and the confidence to put shots on target.

Learn to Shoot a Gun in These 3 Steps

If you’re looking to go afield in pursuit of game, there’s no question that using a rifle is the most efficient way to do it. The learning curve is far smoother than that of a bow, or even a muzzleloader. There are still many things to master, however, and if you’re...

END_OF_DOCUMENT_TOKEN_TO_BE_REPLACED

How to Improve Your Shooting Accuracy From Any Distance

There are few feelings worse than missing a target. Missing an animal, however, is one of those few. There’s something about watching dirt fly as an animal charges off into the underbrush that punching the wrong hole in paper simply can’t recreate. Part of it is fear...

END_OF_DOCUMENT_TOKEN_TO_BE_REPLACED

Learning to shoot at long range is all the rage lately, but it can be a daunting discipline to approach. What sort of gear do you need? Where can you shoot at such incredible distances? How do different environmental conditions affect your ability to shoot? When it...