How to Improve Your Shooting Accuracy From Any Distance 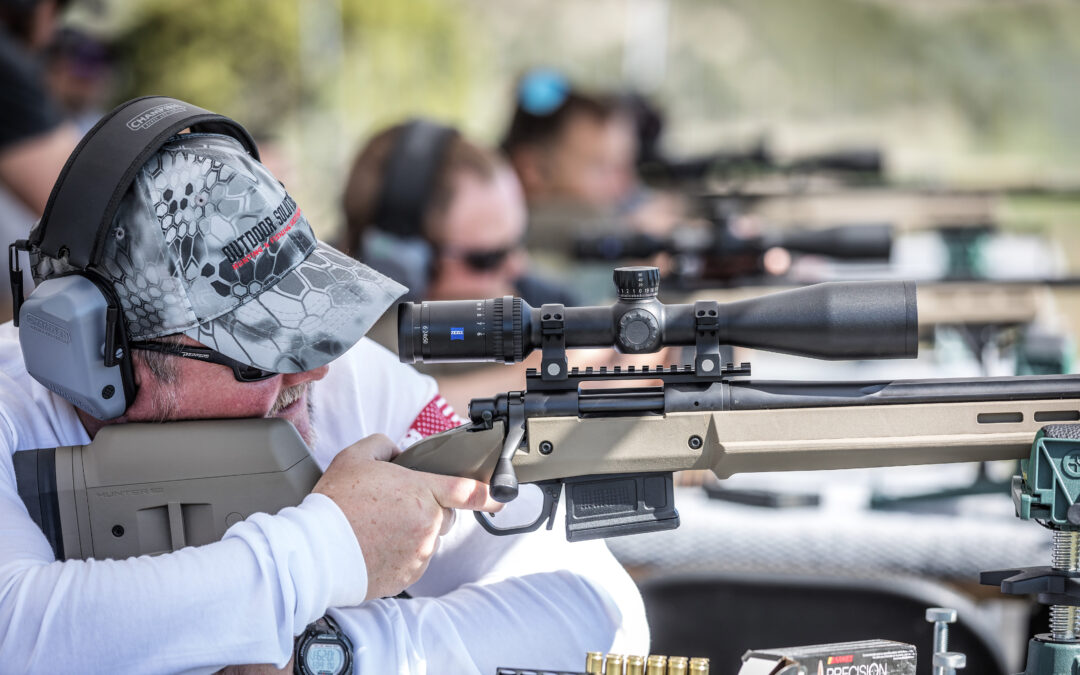 There are few feelings worse than missing a target. Missing an animal, however, is one of those few. There’s something about watching dirt fly as an animal charges off into the underbrush that punching the wrong hole in paper simply can’t recreate. Part of it is fear and embarrassment–a shot gone awry could just as easily have been a shot in the guts, potentially leading to a mortally wounded, yet unrecoverable, animal. The other part is a yearning to avoid this situation ever again, without the knowledge to really fix your issue. If you had that knowledge, of course, you’d already have done so. If you recognize this feeling (and let’s be honest, most everyone who’s taken to the field knows it well), read on for a few tips on how to improve your shooting accuracy from any distance.

Compared to hitting a target at 400 yards standing, shooting 1000 yards off a bench is easy. Don’t believe it? Try both sometime. A whole lot of what long-range shooters specialize in is benchrest shooting, which is–of course–logical. With the exception of PRS matches, long-range competitions occur in exactly such a setting, as it’s the most conducive to pinpoint accuracy. As hunters, however, we are not so lucky. Shots can occur off bags, off tripods, kneeling, sitting, or even offhand. As a result, it’s our job to know exactly what our effective range is in any of these positions.

But how do we improve our positional shooting accuracy? First, remember the more that’s supported with structure instead of muscle, the better (by structure, we mean tripods, bipods, bags or your bones, with joints locked out). The more muscle you add in, the more wobble you’ll see, and the more fatigue will affect your shots. Try placing your hunting pack under your hips if sitting, under the butt of the rifle if kneeling, etc. You’ll be surprised at the difference you see, at any range.

Shooting positionally is all well and good, but what if you can’t make it to the range as often as you’d like, or you’re not lucky enough to have access to a range that will let you play around with how you shoot? The answer is right inside your house. Get a snap cap that matches the caliber of your hunting gun, and dry-fire, dry-fire, dry-fire. By this, I don’t simply mean get behind the rifle and only practice your trigger pull. For this training, focus on your site picture.

Take a small piece of masking tape and place it on your wall (you can also use a small picture of a game animal if you want to get really fancy–it will give you a far better idea of what your wobble looks like over vitals–but it’s not necessary). See how much your crosshairs wobble over the masking tape. More importantly, see what you can do to decrease this movement. Try different pack placements if seated or kneeling off a rest. If standing off a tripod, try locking out your knees and support elbow. When you’ve figured out where you’re most stable in every position, make a note of how you do it, then practice each one until it’s second nature. Want to make it harder? Find a smaller picture, or use a smaller piece of tape. 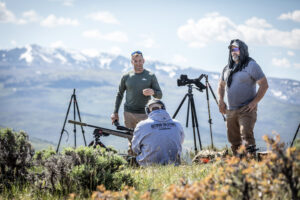 We touched on this in a previous article, but it bears more fleshing out. If you’re looking to improve your shooting accuracy at any distance, but lack the sort of range needed to do so, look into acquiring a quality .22 Long Rifle and topping it with a scope you can dial. Ammunition is cheap and (generally) plentiful, but more importantly, it turns even a 300-yard shot into a very daunting proposition.

There are, of course, limitations to this. Elevation adjustments will not be the same as on your centerfire rifle, nor will wind holds. You’ll still need to find a time and a place to figure these out (in conjunction with an app like Hornady 4DOF). Recoil control will also not be the same, as a .22 likely doesn’t kick anywhere near as badly as your big-game gun.

What it will do is get you used to ranging and dialing targets, and sometimes guesstimating your exact adjustment if the range is between those written on your DOPE card (yes, if possible you should always put your range into your app and use the exact adjustment it spits out, but batteries die, and sometimes that’s just not realistic–keep a physical DOPE card handy). It will also make you extremely proficient at estimating wind speed–.22s blow around about as badly as a bullet can. While wind holds may not translate between platforms, gauging wind speed sure does.

This drill is a carry-over from self-defense drills, but it works just as well for hunters. If you’re having trouble maintaining shooting accuracy even when in a stable position, chances are you’re flinching. Odds of this are even greater if you’re shooting the latest, greatest, hardest-charging elephant gun on the market. Fortunately, there’s an easy way to tell and to train the reaction out of yourself, but it does require a partner.

Acquire some snap caps for your caliber rifle, then find a buddy to hit the range with. Once there, have him load your rifle for you, sprinkling in snap caps randomly. No peeking! If you’re flinching a shot, you’ll find out the first time the gun goes “click” instead of “bang” and your sights jump halfway to Texas. While it may seem like you could accomplish the same thing while dry firing, you can’t. The flinch is triggered by the impact your brain thinks is coming, so you really do have to trick it this way. Dry fire can help you train that flinch out of your psyche, however, in conjunction with a whole lot of these drills.

These are four good tips for improving shooting accuracy, but they’re just the tip of the iceberg. For more, check out the archive of knowledge at outdoorsolutions.com.