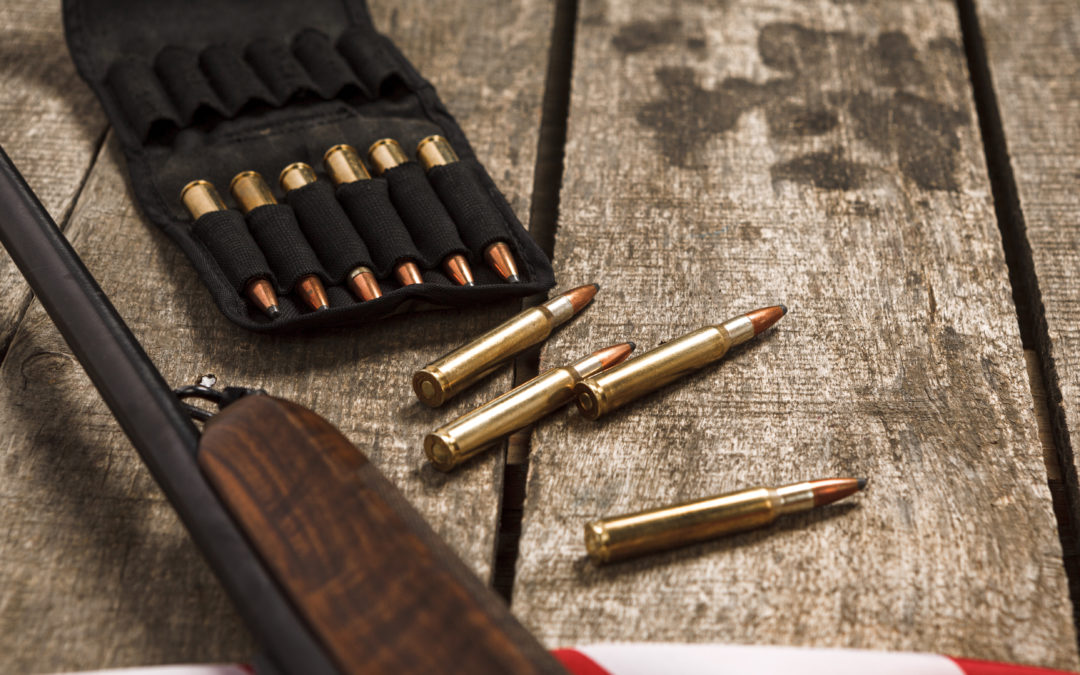 If your skills are dialed-in and you have a rifle capable of MOA accuracy or better, there is only one crucial component remaining, before you can execute a successful shot on a distant deer. Your hunting rifle ammunition–in some ways an even more important choice than your rifle–must be up to the task. So, what ammunition should you select for your next backcountry excursion? Read on for a list, as well as the qualities that make these particular cartridges extraordinarily capable.

Let’s start in a slightly unconventional spot for long-range projectiles, with the monolithic Barnes TSX bullet. I first came across it back in its old Remington HTP loading, as the favored projectile of my favorite deer rifle. Unfortunately, with the demise and subsequent restructuring of Big Green, the HTP is no longer in current production (though I am hopeful for the future). Federal, however, has resurrected its much-venerated Barnes TSX load, and I have found it to be a more-than-solid replacement for my old, green-boxed friend. As the exclusive ammunition used on hunts by Outdoor Solutions From Field to Table program, which particularly favors Federal’s Terminal Ascent cartridge, the brand knows a thing or two about making quality ammo that performs at distance.

The TSX is a monolithic bullet of a solid-copper design, a longtime favorite of dangerous-game hunters the world over. This is due to the fact that, being of a uniform construction, almost 100-percent of the bullet’s weight is retained upon impact, for a devastating amount of muscle slicing and bone-busting penetration on even the hardest targets. For expansion, the bullet is hollow-pointed to mushroom to a large diameter, particularly at closer ranges where velocity remains high.

From a precision standpoint, a grooved shank improves accuracy, while simultaneously reducing barrel fouling. At distances beyond 400 yards, where velocity drops, monolithics will be slightly less accurate than a standard lead-core projectile, as lead is a denser material that better maintains its velocity. Copper-jacketed lead bullets, being softer, also tend to better mold themselves to the shape of the barrel, for another slight boost in accuracy. In hunting terms, however, this difference is negligible. If you’re looking for a hard-hitting round capable of taking big-game at medium- to long-ranges, the Barnes TSX is a great way to go.

This is due in no small part to the fact that the round is quite literally the hunting version of Hornady’s famed competition ammo, Hornady Match. Unlike its paper-punching counterpart, however, Precision Hunter is fitted with an ELD-X bullet, which allows the round to retain ballistic efficiency, while adding the terminal performance a standard ELD round lacks. The X, after all, stands for eXpansion, and the ballistics offered by the ELD’s non-deforming Heat-Shield Tip and secant-ogive, boattail-profile remain.

From 0-400 yards, the bullet is designed to continually expand upon impact, while a thick jacket and InterLock ring keep the core and jacket fused for better weight retention (up to 60 percent). Beyond 400 yards, where velocity begins to dip, the specialized Heat Shield tip drives rearward into the bullet to initiate expansion, while simultaneously retaining up to 90-percent of its weight. Translation? Deep penetration with a large cavity.

Finally, the powder used in Precision Hunter burns clean and is loaded uniformly, so you can be sure that the round you fire at your quarry is about as close to the round you zeroed with as is physically possible (this side of a handload). For just about any sort of category of game short of dangerous, there is likely a Precision Hunter round to fit your needs.

Another great choice is Sierra GameChanger ammunition. Much like Precision Hunter, and most any long-range hunting projectile, the GameChanger utilizes a boat-tail profile for a high ballistic coefficient that slips swiftly through the air and bucks wind well. GameChanger also utilizes a polymer tip, settled over a hollow point, for swift expansion upon impact. Penetration is maintained throughout a variety of ranges thanks to a thick copper jacket around the bullet’s lead core. For a long-range hunt, this is another fine choice.

As always of course, this is simply a starting point. From newer offerings like Remington Core-Lokt Tipped and the previously mentioned Federal Terminal Ascent, to longtime fall favorites like Winchester Super X, there are quite a few hunting rifle ammunition offerings on the market. Take a few to the range and see how they stack up. Once you find out what your rifle likes best, you’ll be far more confident with hair in the scope this fall. Happy hunting!