How to Choose the Best Hunting Scope 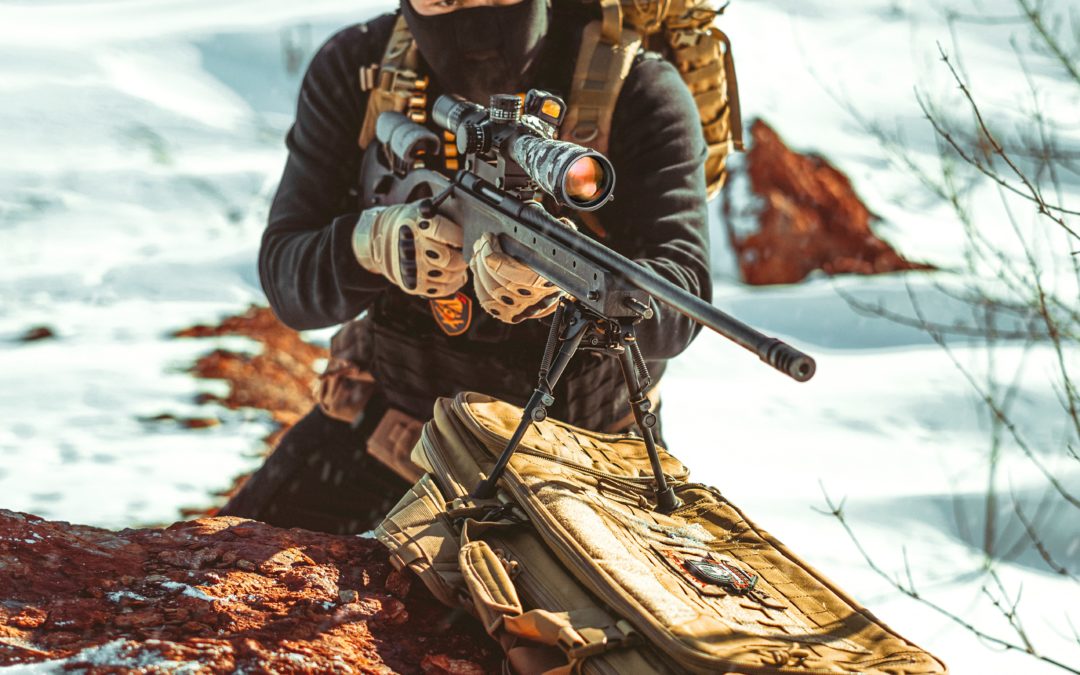 In a recent piece, we discussed choosing your first hunting rifle, gave a few examples, and discussed the important qualities of each. That’s only half the equation, however. You’re going to need to top that new gun with some sort of optic, so what should you look for when it comes to glass? Read on for some important features, factors, and a few models to take into consideration on your quest for clarity.

Additionally, from a performance perspective, you actually do not want that high a magnification of scope. For an ethical hunter, your longest shot should be nowhere near as long as a competitive shooter is generally firing onto paper. As such, the additional magnification at hunting ranges will do little more than make your sight picture needlessly wobbly.

Do you need an adjustable scope? That depends on how far you care to go in your hunting career. For the average, backyard hunter, a lack of ballistic turrets is no real problem. If you intend on pursuing longer, more precise shots however, an ability to dial in your adjustments is a must. At even longer hunting distances, you can get away with holding for wind, provided you have a reticle marked with wind holds (another thing I would highly recommend); the ability to dial is most critical on elevation. It takes a very skilled marksman, or a real Christmas tree of a reticle, to successfully hold for windage and elevation at the same time. Translation? Get a scope with a turret/turrets.

Next, you need to determine whether you’ll be using MOA or MRAD for your calculations. While the differences between the two are worthy of their own article, in general, there is little advantage to one over the other for hunting purposes. MRAD has long been the military standard, while MOA has traditionally been used more by hunters. The important thing to keep in mind is that once you’ve decided on a system, it will be far easier to stick with it. Switching is, of course, possible, but you will have to relearn all your calculations and distances to do so.

First Focal Plane (FFP), or Second Focal Plane (SFP)? The debate over which is preferable when choosing the best hunting scope is almost as bad as the caliber wars. In a nutshell, FFP magnifies from behind your reticle, which means that your crosshairs and other markings enlarge proportionally to your target, and thus your windage- and elevation-holds (subtensions) retain their accuracy. With SFP, the magnification mechanism is on the far side of your reticle, so your subtensions are only technically accurate at a certain magnification (generally the highest one). From the sound of that, you’re probably thinking: “why would anyone ever choose SFP?” As it turns out, the choice is not quite as simple as it sounds.

For starters, FFP optics tend to be more expensive than their SFP counterparts. If you’re not planning on doing extremely complicated holds and calculations (as are common in PRS matches, where FFP is now a sine qua non), the extra cost can sometimes not be worth it. Second, for an FFP reticle to work when at full magnification, it has to be incredibly tiny at its lowest power. If your hunting area has ranges that are not all that far, and you expect to do some snap shooting, this is not always an optimal state of affairs. For hunting at extreme ranges, of course, FFP is irrelevant, as you’ll be at maximum magnification anyway, and your subtensions will be accurate. In my opinion, both have their place, so do your research and determine which is best suited to your particular needs. You can learn more about their differences here.

Above are the main considerations you’ll need to take into account. Want some models to consider? Check out the list below for a couple of our favorites.

Much as with my article on hunting rifles, I am starting here with a bit of a Cadillac, but if you’re serious about hunting and long-range shooting, “buy once cry once” should be your mantra. While this is a bit of dough to drop right off the bat, it is still less than dropping a paltry amount this year, and then spending the exact same amount next year when you’ve decided you need a higher-quality optic to achieve your goals. The Zeiss Conquest V4 line is based off a 4X zoom ratio, and boasts 3-12, 4-16 and 6-24 models. Reticles are all SFP, with both illuminated and non-illuminated options available. If you’re going straight to the Conquest V4 line, I would avoid the Reticle 60 option, as it is the only reticle offered without any subtensions. Models can generally be found for between $699 and $1,299, depending on magnification and other options (adjustability, etc.).

I gave you an SFP Caddy, so I feel obligated to present a similar offering from the FFP side of the market. The Leupold Mark 5HD provides a 5X zoom ratio and FFP performance. It is available with a variety of reticles in 3.5-18X44mm, 5-25X56mm, and 7-35X56mm (I would recommend the lowest magnification model for most hunters). Turrets are all adjustable with ZeroLock technology, to ensure your dials don’t do any self-adjustment, and models can generally be found for between $1,499.99 and $3,199.99 depending on magnification level and features. If those prices seems way out of your range, Leupold also makes a Mark 3HD, with a 3X zoom ratio, while its VX line of SFP models move even further in the affordable direction.

For more budget performance without diving too far into the $5 bin, check out the Vortex Diamondback Riflescope. Simple, rugged and affordable, these FFP scopes come with a lifetime warranty with adjustable turrets, and have one choice each of well-marked reticles in either MOA or MRAD. Models consist of 4-16X44mm and 6-24X50mm, and can be found for between $350 and $450.

There are plenty more worthy brands and models, but these three would be an excellent place to start when choosing the best hunting scope for your needs