How to Boresight a Scoped Rifle 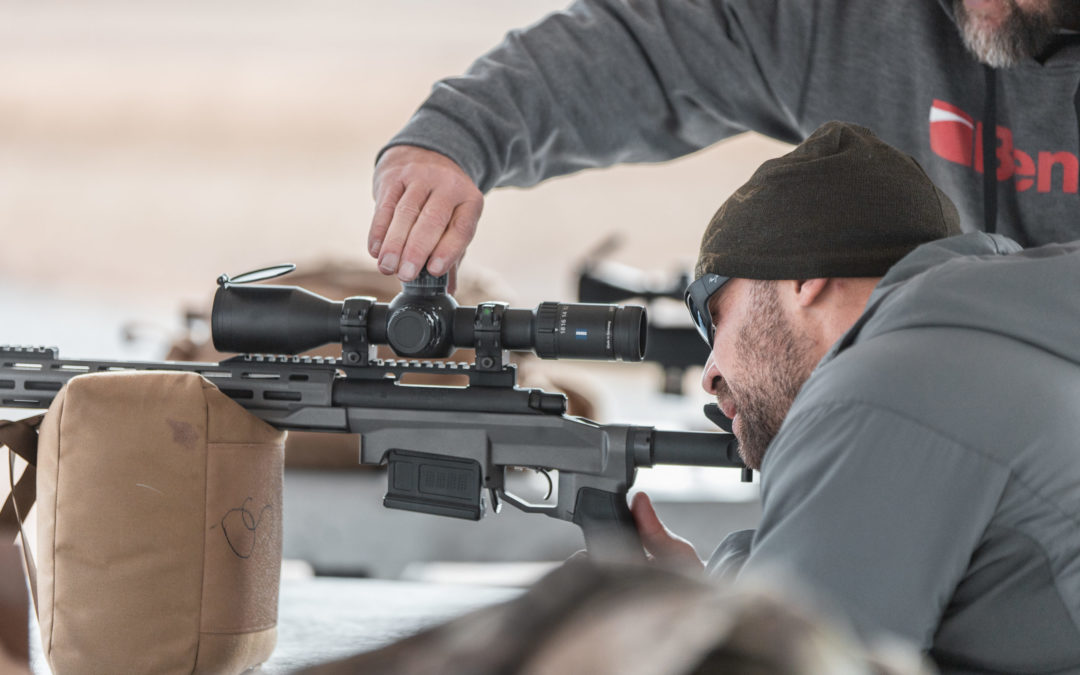 Before taking to the field, there is alot for a hunter to consider. Between shooting fundamentals, actual fieldcraft, and the packing and processing which occurs after a successful shot, hunting requires a wide range of skills, many of which must be executed in concert. As the mantra goes however, fundamentals are key, and very little on the list above even matters without a firearm capable of hitting its target. So how does one go about getting a gun from out of the box to on target? Step one in the process is boresighting, or in layman’s terms, the process of aligning one’s sights with the direction of the barrel.

Tools of the Trade

There are quite a few ways to go about this, however most involve gear to get the job done. Laser boresights are one of the most ubiquitous options, as they are fairly affordable, easy to store, easy to power and easy to use. What most of them entail (though design does vary) is a small “cartridge” with a laser pointer inside. It is turned on, loaded into the chamber like a regular bullet, then aimed (in a safe direction) at a target of one’s desired distance. A laser is projected at that point, and the sights can be adjusted laterally and longitudinally until they meet the point of the laser–boresight achieved.

One downside can be accuracy, however. On cheaper models, the laser can actually be off-center in the “cartridge,” which can lead to a boresight that is farther off from accurate than desired. Models that mount to the end of the barrel can alleviate this issue, but are often more expensive. Further still, prior to the advent of these helpful little devices, there were a number of different tools that rose and fell in popularity (and do still exist), including contraptions that mount to the end of the barrel and provide a makeshift target that is perfectly aligned with the bore.

While these sorts of things work, you can actually boresight just fine (if not better) with no aids at all. All you need is a proper shooting rest (sandbags will work) and a good target. Set the target at 100 yards (or less if needed–remember, this will not be your final zero), and place the rifle into your rest. Once the rifle is secure, remove any caps your scope may have over its adjustment turrets. While this step may seem out of position, it will become clear why in a moment. Remove the bolt and stare directly down the bore of the rifle. Pick an easily identifiable shape on the target, and put it as close to the center of the bore as possible. Now comes the tricky part. Without bumping your rifle, move up and look through the scope. This is why removing your turrets first is important, as unscrewing them will almost always upset the gun, necessitating you to restart the process. Adjust your elevation until it is in parallel with your intended target, then bring your windage in until the crosshairs are directly over your target.

Double check through your bore one more time that your rifle has not moved, and make any adjustments necessary if it has. From here, you are boresighted and ready to move on to actual zeroing.