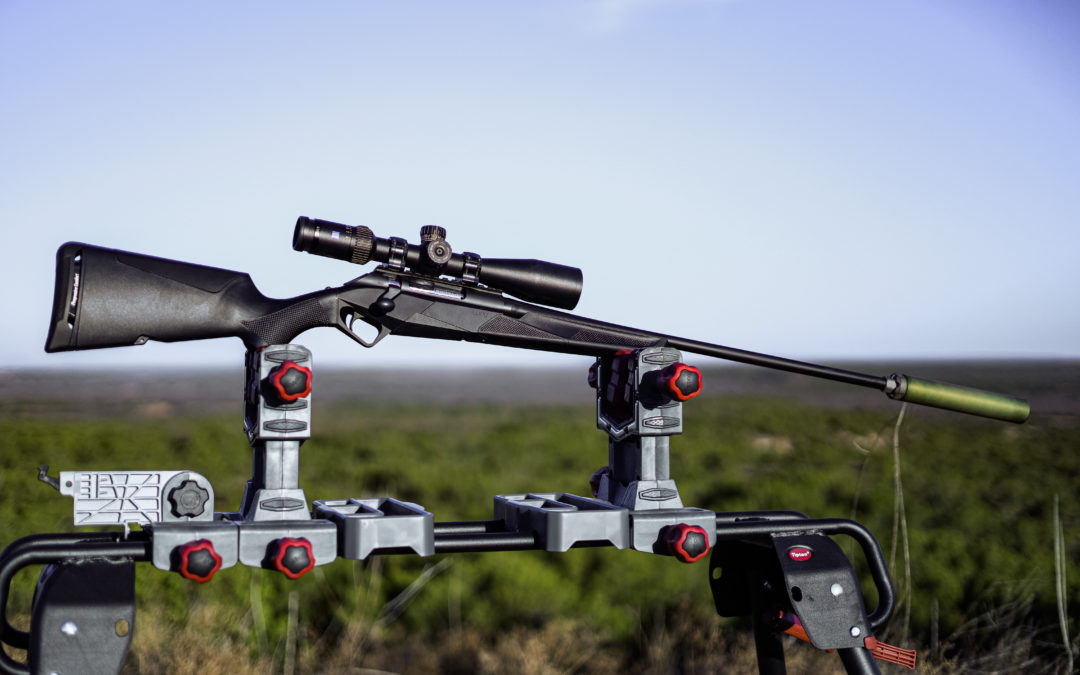 If there is a single type of rifle that has permanently endeared itself to American hunters, it is the bolt-action. While this may sound like elementary knowledge nowadays, it once was far from a foregone conclusion. In Europe, the lightning-quick straight-pull bolt-action is king, thanks to the popularity of driven hunts–particularly for boar. In 19th-century and early 20th-century America, the lever-action reigned supreme, thanks to its balance of speed and capacity, not to mention its efficiency with the commonly used powders and projectiles of the day. For the current century, however, bolt-actions provide the most effective combination of strength of action, speed of follow up, and capacity easily brought into line with modern hunting regulations. To see why, let’s take a closer look at bolt-action rifle anatomy.

While the modern hunter will most commonly encounter bolt-actions mounted on a traditional wood or synthetic stock, bolt-actions are versatile enough to be found on a wide variety of shooting platforms. More precision- and competition-minded folks tend to run bolt-actions mounted to highly adjustable chassis–with adjustments for everything from length of pull to drop at comb. On the other end of the spectrum, those concerned with a diminutive package and looking to shave some pounds will utilize bolt-action pistols, like the new Savage 110 PCS. How it’s mounted has little to do with the action itself, of course. I merely mention it to show how well the design has proliferated through the gamut of firearm platforms.

Dating from 1824, bolt-action anatomy remains incredibly true to its initial design, improvements mostly reflecting adaptations to changing cartridge technology, or machining processes. The first piece of note is the receiver. Generally constructed from some sort of aluminum, steel, or stainless steel, this is the overarching metal “bucket” where all the functions occur–cartridges are fed in from the magazine, peeled off the top by the bolt and slammed home into the chamber.

The action itself, then, is manipulated primarily by the bolt. For the purpose of this article, we will be focusing on rotating-bolt designs, as opposed to the straight-pull mentioned in our introductory paragraph. The bolt consists of a metal tube, which houses both a firing mechanism and a locking system. The firing mechanism consists of a spring-loaded firing pin (which touches off the primer of a cartridge), while the locking mechanism is made up of a varying amount of lugs, which lock into slots in the receiver for a firm hold. Though it sounds simple, note should be made that this locking system is exactly what has given the bolt-action such an advantage with modern hunters and shooters. When the bolt is turned, locking the lugs into place, the lockup is significantly stronger than on–for example–a lever action, allowing it to handle heavier chamber pressures, and thus stronger loads. The bolt is actuated by a bolt handle, which protrudes to the side. It is lifted to unlock the lugs and pulled rearward to clear the action, then moved forward to chamber a round and pushed down to re-lock the lugs.

As the bolt locks the cartridge in place in the chamber, it is also responsible for the other processes of the action–loading, extraction, and ejection. Here we begin to see some differences between designs. The vast majority of rifles on the market are termed “push-feed.” Cheaper to produce than their counterparts, and boasting a higher accuracy potential, push-feed actions catch the next cartridge as the bolt moves forward, and push it into place in the chamber. This helps accuracy, as it allows the cartridge to center itself *slightly* better, lessening the effect of the minute disparities between cases. Where it’s less efficient, though, is in reliability. Since the cartridges are sliding into place relatively unassisted, failures to feed (FTF) and double feeds are marginally more common.

For the most reliable feeding, with a small hit to accuracy, shooters tend toward “controlled-round-feed.” These sorts of rifles are particularly prized by dangerous-game hunters. Instead of simply pushing the next round into place, controlled round feed latches onto the base of the cartridge with the extractor claw before stripping it from the magazine. This (in theory, anyway) eliminates the possibility of a double feed, and most common FTF issues.

These two types of action necessarily extract and eject differently as well. While most push feeds utilize a spring-loaded plunger on the breech (bolt) face, to spring the spent casing free as soon as it clears the ejection port, controlled round feeds use a fixed mechanical ejector attached to the receiver, to sling the spent casing free at a fixed point. This is due to the ejector gripping the round as soon as it is stripped from the magazine, rather than only when it is driven into the chamber. While there are many more intricacies between the two, this should suffice for a fundamental explanation.

The other responsibilities of a bolt are cocking the action, and releasing the firing pin. Cocking is accomplished either upon opening or closing the bolt, when a lug actuated by the rotation of the bolt compresses the firing pin spring. Once compressed, the pin is held in place by a sear. Releasing the spring tension is accomplished by the pulling of the trigger, which actuates the sear away from the pin, allowing the firing pin to translate its potential energy into kinetic. Again, this is a bit of an oversimplification, and different varieties of the above process abound, but for basic bolt-action anatomy, it will suffice.

Outside of this, the bolt-action looks incredibly similar to other rifle designs. The magazine (most commonly a detachable-box or hinged-floorplate unit) feeds rounds into the action, which moves them to the chamber. From the chamber, bullets are propelled down the barrel, and are spun to stability by the rifling within it. The action can be made safe by an either two- or three-position safety, which can do everything from disengaging the trigger, to blocking the sear, to blocking the firing pin, to locking the entire bolt, depending on model.

Bolt-action anatomy, while representing only a small fraction of firearm design, is nonetheless a broad topic in and of itself. With the information above, you will hopefully have a firmer understanding of what’s going on inside your rifle, next time you rack that bolt and pull the trigger.